Our 20 hour layover in Japan!

FLIGHT
Flight from SFO(San Francisco) to HND (Tokyo): 10.5 hours:
I actually enjoyed this flight way more than I thought I was going to. When we arrived at the airport we asked for an upgrade to United economy plus knowing that there were many seats still available. Note: Jonathan has “Silver” status through United meaning that we could get free upgrades if we ask for it. On international flights you can only be upgraded to economy plus and NOT United Polaris. When we asked how much it would be to upgrade to first class, it was going to be over 1K for each of us which we were not planning to pay for… And I’m so glad we didn’t because we ultimately got away with having an ENTIRE row to ourselves. Meaning that we had 3 seats in economy plus and were able to lay down  comfortably because of this. If you are a frequent flyer than I would highly suggest flying with United because of these benefits, thats if you already don’t have your go to airline. Throughout the flight we were served two meals, both being “decent” food. Nothing too spectacular. We also brought lots of snacks with us to sustain our appetite during the 10.5 flight. Overall, having the leg room to actually stretch out REALLY helped during this flight.

TOYKO EXPERIENCE
I was beyond excited to visit Tokyo for our 20 hour layover. Jonathan and I decided that we wanted to experience Toyko even if it was just for a day. So we chose the united flight with a layover in Toyko. When we landed in Toyko we noticed that the airport was quite big but easy to get around. I took a picture of the Hello Kitty sign on the way in of course!

We then got a taxi to our hotel, Hotel Mystays, which was very close by. I purposely booked a hotel close by to ensure that we arrived at the airport on time for our 9am flight the next morning. The taxi ride was about $10 from the airport to the hotel. NOTE: I would suggest that you get Yen at the airport in Toyko if you are headed into Shibuya or other areas downtown. It is not required, but many help when utilizing the train system. The taxi driver did not require cash, so were able to use card. But other places around Shibuya may prefer cash. We got out $100 dollars worth of Yen. When we arrived at the hotel we checked in and went up to our room. The room itself was quite small, and the bed was pretty hard… But the amenities were cool! I tried a “bidet” for the first time and now I want one in our future house!

After dropping our stuff off at the room we took a ride up to Shibuya. Jonathan really wanted to see the “Shibuya crossing.” This area is iconic because of the movies that have been filmed in that area (AKA Toyko Drift). Cont’d:

However, the taxi ride into Shibuya was $60 from our hotel! I believe we only traveled about 12 miles to get to Shibuya so this car ride was definitely WAY more expensive than we thought it was going to be. This lead us to take a train ride back to our hotel, which I mention into more detail soon.

SUSHI: We visited a GREAT sushi place in Shibuya called “Genki”. When we walked up to the restaurant, we noticed that there was a line outside so we had a good feeling that the sushi was going to be great. And we were absolutely right. We waited for about 30 minutes for 2 spots. Other larger parties waited a little longer than we did. When we went inside we sat down and noticed that there a touch screen to order sushi. We were allowed to order 3 items at a time, so we did just that. About 5 minutes later my order came out first on a little tray/belt ! (Video to come soon). We honestly had no idea what we were ordering since the menu was in Japanese, but we were able to figure it out with the pictures. However there were a few pieces of sushi that Jonathan ordered that may still be a mystery LOL. His cousin claims that he may have ate horse?? I’m really not sure… Anyways! It was overall a great experience and the food was delicious. I beleive we only spent around $30 for the both of us. We were quite happy with that price, and when we visit Tokyo again we will definitely eat there for a second time.

TRAIN RIDE: Finding our way around the train station in Toyko was a little daunting. We decide to ride a train from Shibuya back to the hotel near the airport to reduce the cost of our trip. As said before, our car ride into Shibuya was around $60, and we were not planning to pay that again! In order to do this we had to take two separate trains. When we got to the train station we were SUPER confused. We hope that we can transfer some knowledge to you guys regarding the trains there because we wish we would’ve known that it was quite complicated. For one, when in Shibuya you have to purchase a ticket if you don’t already have a commuter card. Tickets can be purchased right of the ticket machines with the receptionist. After we made our purchase we had to figure out which platform to get to. One of the workers were able to show us the way. After getting on the first train we went a couple stops down and got off the train and on to another in order to get back to the Haneda area. The train was super packed!

Overall, we thoroughly enjoyed our time in Tokyo and definitely plan on visiting again for a longer amount of time! The train ride may have been a little difficult at first, but can be easily done.

This site uses Akismet to reduce spam. Learn how your comment data is processed. 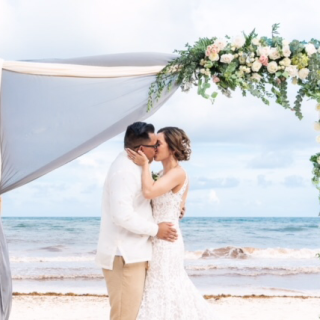 Wife, Nurse, & lover of traveling! This blog is about my hubby and I traveling the world together. <3 Enjoy.